We found the best turnout today!

The new stables has a few lovely grass turnouts. They are free to use and after the initial excitement, Talo has learned to enjoy them. I usually take him there after a ride, so he can chill-out a bit and enjoy the grass.

Today, his favorite turnout was occupied, so we went a bit further ahead, to the last turnout, which is basically the one farthest from the stables themselves. Since it’s the farthest one, no one takes their horses there, because it’s a longer walk. So, it’s not used much. Thus, the grass is thicker, higher and more abundant. SCORE! There’s even some shade for me to sit in, courtesy of a couple of rare trees (these stables don’t have a lot of trees). We stayed for about an hour and a half. I only took him out because it got too hot. However, now I know where the best grass is, and we’ll go there as much as possible.

Here are 3 pics I took of him during his stay: 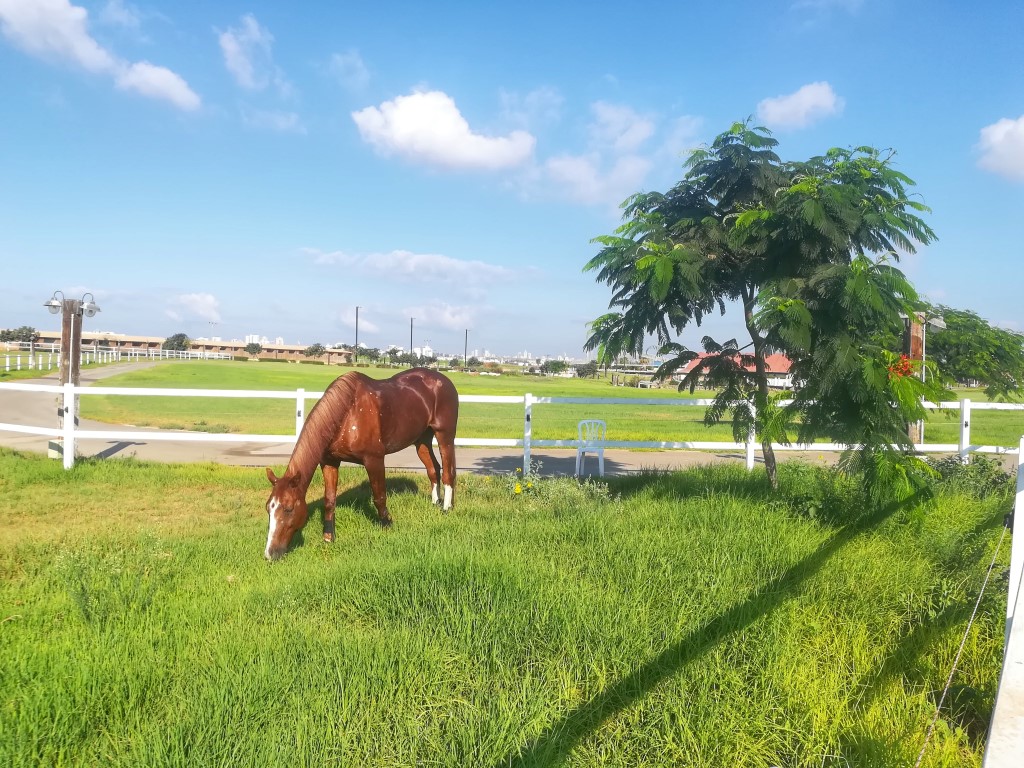 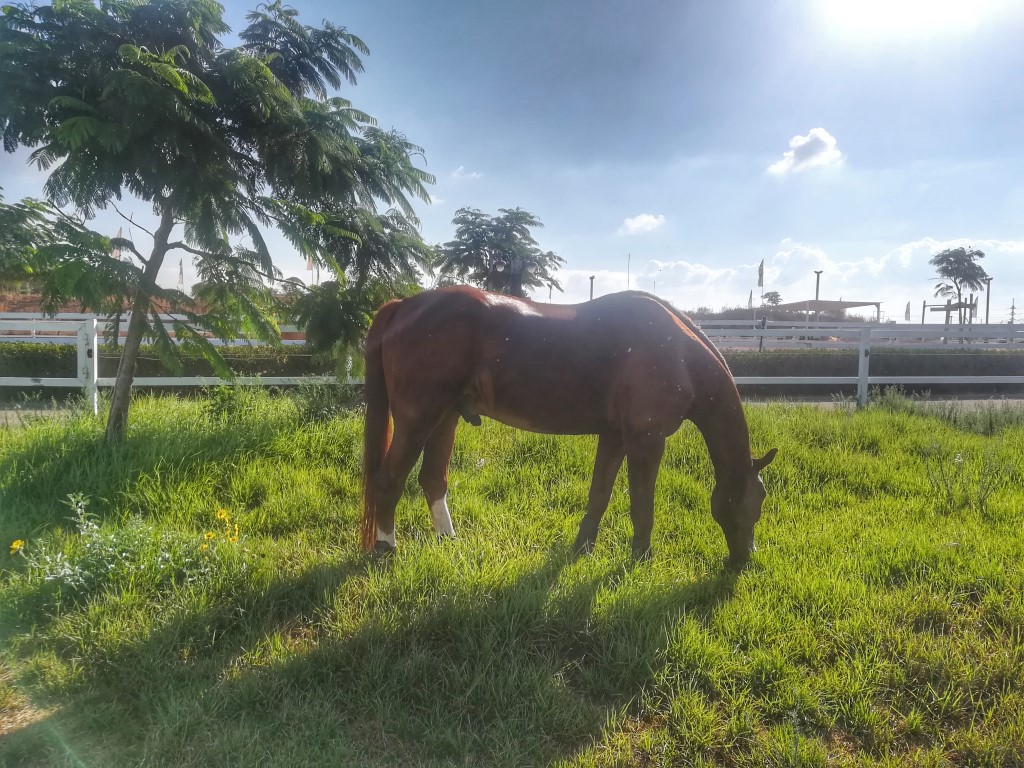 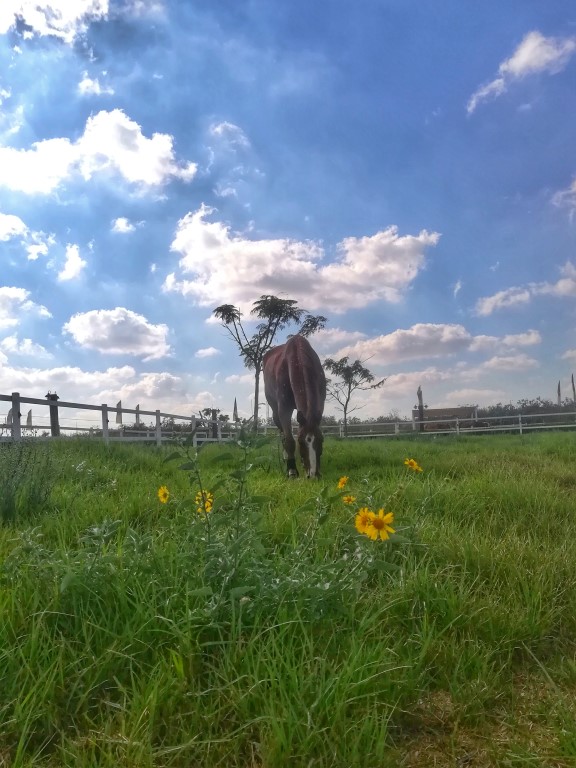