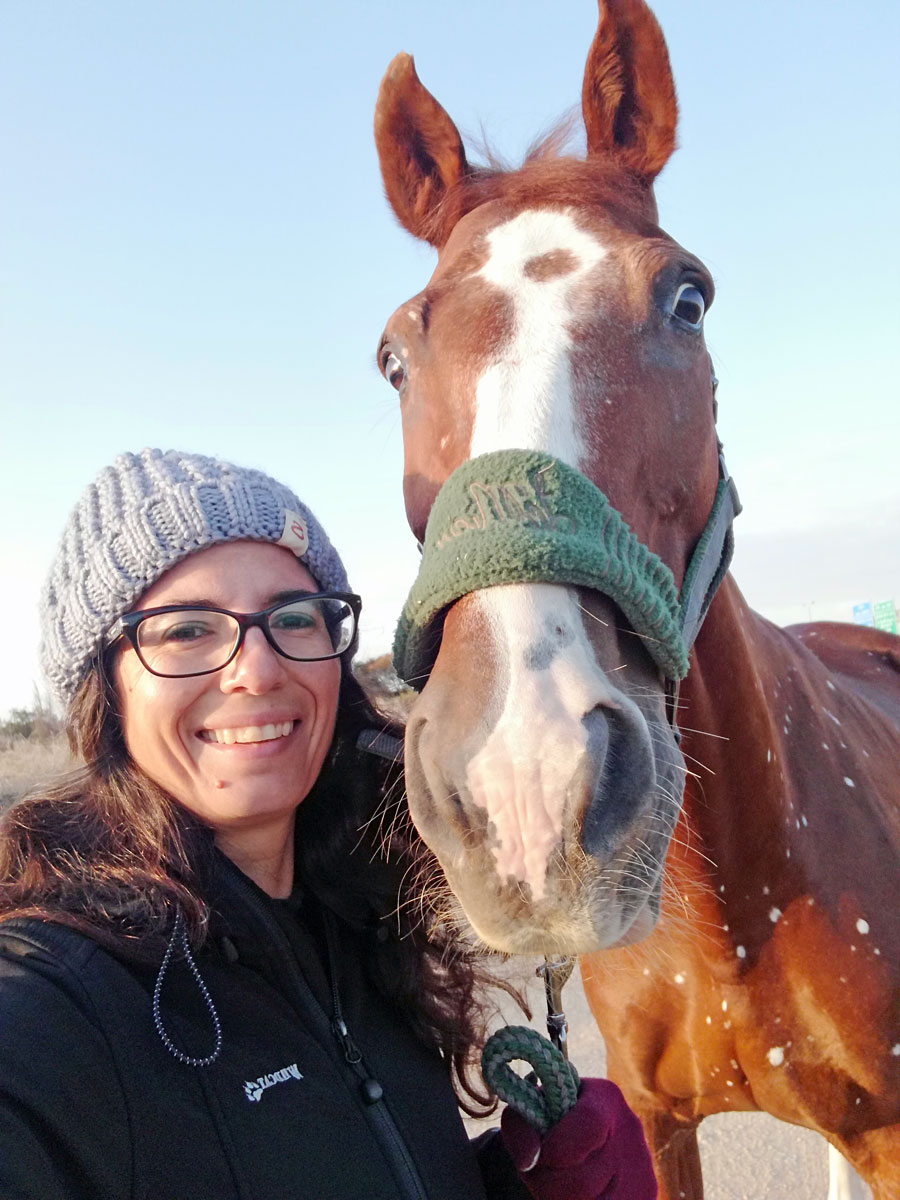 I know it’s Christmas in many parts of the world, and it’s also cold and snowy in some of those places. Here, thus far, the winter has been mild and dry. We had a week or so of abundant sunshine and around 20-24 degrees Celsius. The nights are pretty cold, in Israeli standards, but other than that – it doesn’t feel like winter, really.

Grass is growing slowly outside, so Talo can enjoy almost daily hand walks for munching on the green stuff.

Today was a great ride, really. I came in early, as usual, but since it’s Hanukkah and the kids are out of school, I had some company in the arena. We usually ride alone, so Talo was very interested and alert, taking good looks of the other horses. It was pretty windy, too.

Talo is such a showy horse… 🙂 The minute he realized we have a “crowd”, he started working like he’s in a show. A lot more effort from behind, listening, supple and connected, and also full of good energy (and pinning his ears whenever another horse dared to trot too close to him). It was as if he needed to show everybody that he OWNED the arena. I thoroughly enjoyed riding him today, he made me feel so proud and happy. Even though the wind was blowing really hard, and things flew around and moved about, he was very brave and didn’t bolt or spook. Such a good boy!

After the ride, he had some windy time in the turn-out, and then I tucked him in with his new stable rug, so he’ll be nice and comfy when the storm comes tonight. The next few days are supposed to be rainy to the max, so I don’t know if we can work at all. Maybe just a ton of hand walks in the grassy areas. Talo would love that.

I had a lovely day with my horse today. Now, we wait for the rain.