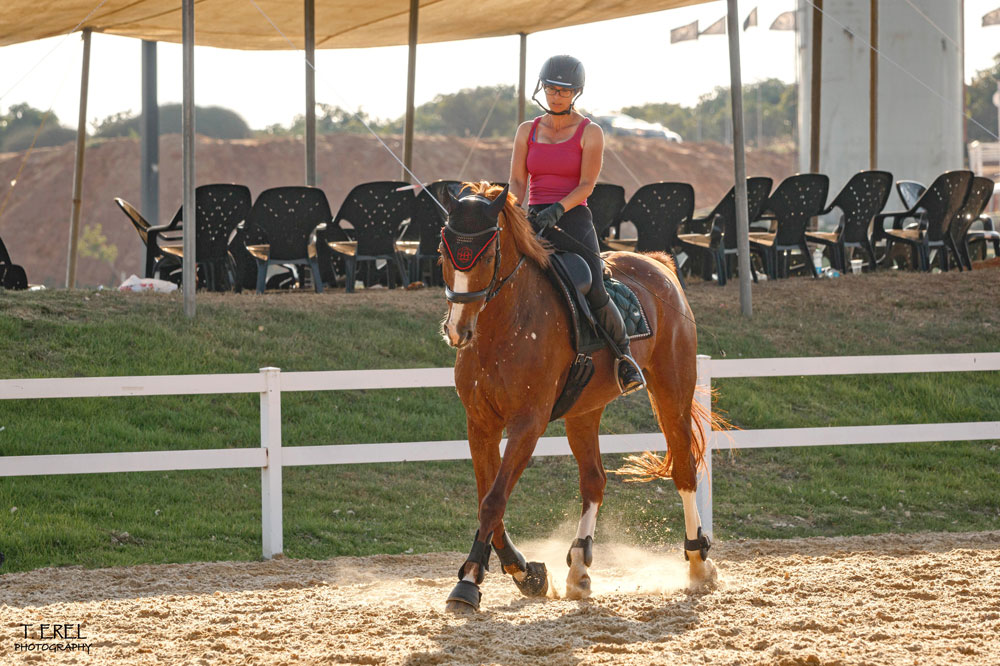 Talo has calmed down measurably since we moved to our current stables. I think it’s a combination of him growing older, the fact that the stables are great, the desensitizing he gets from being exposed to many new and interesting things in the new place, and the fact that I am trying to work harmoniously with him, whenever possible.

That doesn’t mean he’s become a CALM horse. No, no, no. He’s calmer and more relaxed, but every now and then, his old self pops out, and he reminds me that he’s still a showy, spooky, wild, silly, sassy horse. Today was a day like that. There’s a competition in the stables this weekend (Cowboy Extreme, very cool stuff), and even though the stables are huge and roomy, there are a lot of people, horses, movement and tents around (yeah, tents – it’s a 3-day show, so people sleep over). The stables were buzzing with activity even at 6am, a usually quiet hour. Still, we needed to ride, so on we went. 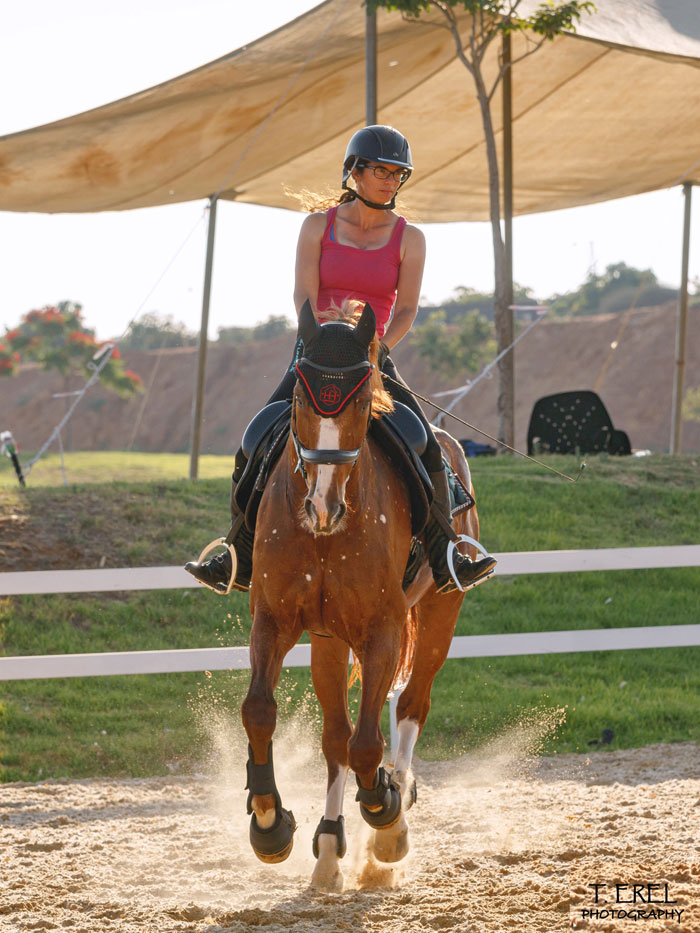 The ride was very eventful – riders with horses were passing by the arena; we were chased by a 4-month old puppy who made Talo canter very quickly, but ran away when I turned towards her; a worker came by and moved HUGE Velcro coverings from speakers (Talo hates that sound); music went on; there were tents near the fence and a photographer came over and snapped a few pics of us. That’s A LOT for one ride. Talo was very excited and the Velcro did scare him into a wild(ish) canter, but all-in-all he was very brave and worked well. Actually, he worked better than well, because when he’s excited, he’s much more alert and energetic, and so I got the superstar version of him – the kind that feels like a Grand Prix horse, a proud, present and a bit wild equus. He’s a bit harder to handle when he’s like that, but I LOVE IT! He carried himself as if he’s in a dressage show, his canter was collected and powerful, he moved well from behind and he was basically a sassy show-off, and it was great!

I enjoyed the ride immensely. Talo finished it sweaty and tired, and even I felt the workout. I gave him a good wash and sent him to his stall, to roll in the dirt of his little yard.

Talo the horse. A superstar.

Daily RoutineTalo
canterexcitementTalotalo the horse
Previous Post
“Gradual return to work”? I don’t know what that is and I don’t care! LET’S CANTER!
Next Post
Our 2nd EOTRH Surgery