About a week ago, my wonderful custom-made saddle began to squeak during the ride. It squeaks mostly when I’m doing sitting trot, but basically it creaks any time I move in the saddle – posting trot and canter, too. My instructor, who is also a saddle fitter, doesn’t think the tree is broken, but something is loose there, and the noise is rather annoying. It seems to lessen after about 30 minutes of riding. Still – super annoying and very distracting.

So, there’s a very good chance I am going to need to send it abroad to get fixed. Aside from the expenses, which I don’t really care for, I need to get another saddle for the time being, so I can ride. It’s such a problem here – there aren’t many tack stores for English tack around Israel, and used saddles aren’t easy to come by, either. Not to mention the fact that the saddles needs to fit Talo perfectly. Damn.

It’s making me anxious and nervous, and also kinda ruins the rides, because of the noise and the entire situation. It’s also rather infuriating – the saddle is less than a year old, I care for it very well, and now something is wrong with it. I would have expected more from a saddle of this price range. Well, off to the tack stores it is. Let’s hope I can find a decent spare saddle soon.

Next Post
Winter is the best time of the year 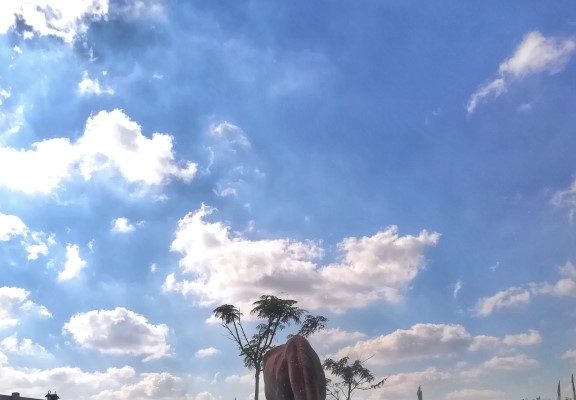 We found the best turnout today!