Talo, the most entertaining horse in the world, never ceases to make me proud. Today I brought him a fly veil for the first time. I noticed that little flies are buzzing near (and even in) his ears during rides, and it annoys him greatly. He used to shake his head vigorously and it really broke his concentration. I bought this lovely black and red fly veil from Horzehoods, along with a matching saddle pad (of course), and today I tried it for the first time. It sat very nicely on his head, making him look very elegant and snazzy. I love it. The ear coverings are very light and soft to the touch, and he seemed comfortable in it. Nice! 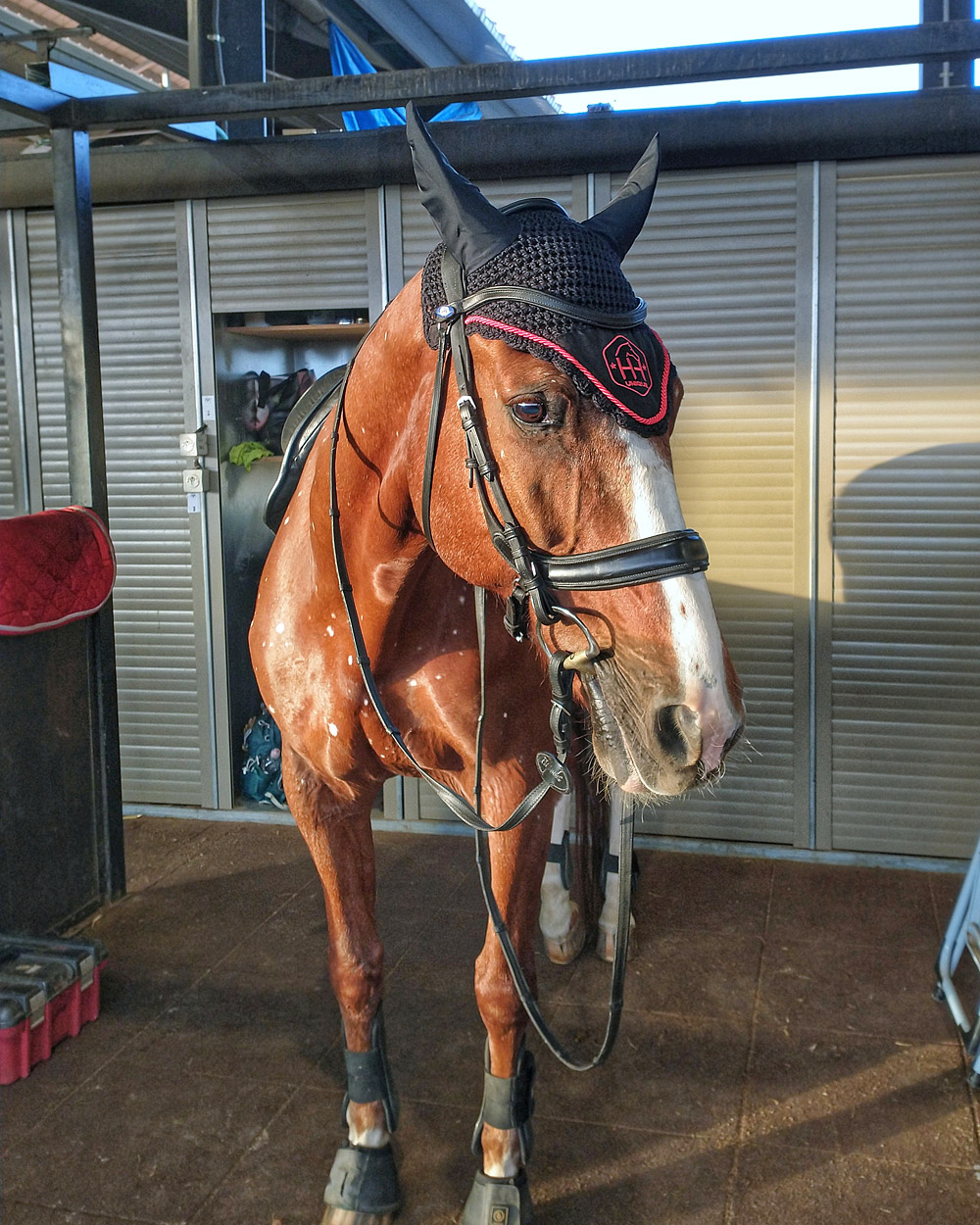 We went on to ride, and everything was as per usual – nice and relaxed, nothing too fancy. But then, two riders entered the arena. I ride very early in the morning, and usually we are alone in the arena (and sometimes in the stables, too). Talo likes it when the arena is his alone, since that’s the only way fit for the dominant horse that he is. One of the riders is someone from our first stables, which I honestly can’t stand (she just moved to our stables a few days ago). I don’t think Talo knew that, but just the fact that those two horses DARED to enter his domain was unacceptable. And so, Talo turned from a semi-relaxed horse having a regular ride, to a Grand-Prix BEAST, strutting his stuff. He pulled himself up, pushed forward into a magnificent canter and we went round and round the arena, cantering and showing off to those unworthy other horses who is the BOSS around here. He was clearly saying: “I am HERE!”. I was smiling the whole time. He was marvelous, proud and PRESENT. It was glorious.

Afterwards, Talo got a nice wash, and went on to immediately roll in the dirt in the turnout. An hour later he was in his stall, chomping on alfalfa cubes. All is well.