He let me take off my jacket! 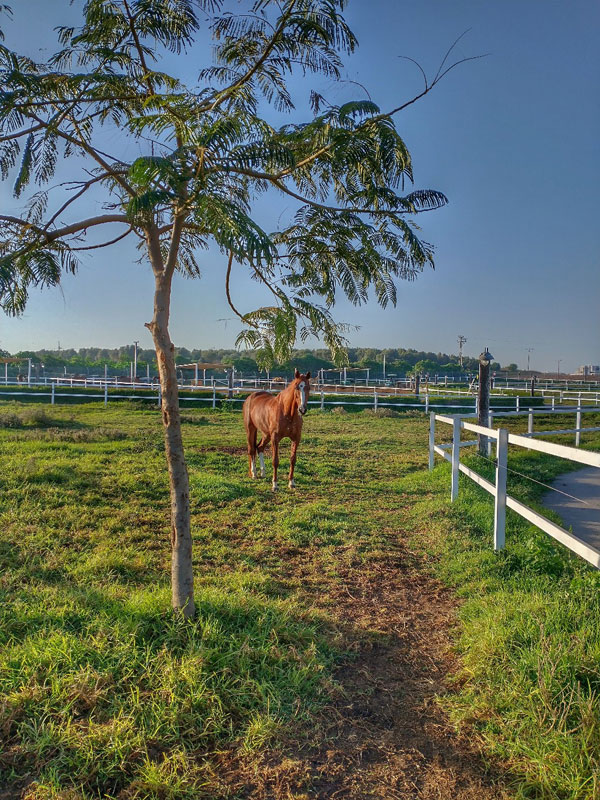 Talo isn’t the calmest horse around, that much has been clear to me from the get-go.

Still, he has become increasingly less spooky (though not less sassy) during the last couple of years, and decidedly more so since we’ve moved to the new stables. Even so, I remain vigilant when I ride him. You never know when a crow will peck at a plastic bottle and cause a total freakout (crows are VERY DANGEROUS, as we all know).

Lately I’ve been working on halts with Talo. See, he doesn’t like stopping and standing quietly in one place while we are in the arena. It’s always been a thing with him. So, we worked on halts, and when he stops and stands still, he can flex his neck to the right or to the left, and get a snack. It’s been going very well. He learned it quickly, and now asks for treats almost every time we halt… 🙂

Today, I started the warm-up before our riding lesson, and realized it was getting hot and I had a jacket on. Now, normally, I would have to dismount in order to take off my jacket. Talo would have none of it, jackets and waving things spook him to hell. I thought I’d give it a go anyway, and if push comes to spook, I’d get down, take off the jacket and mount again.

To my utter disbelief, Talo just stood perfectly still (barring some snapping at some annoying flies). He let me fidget and fumble with my tight jacket, waited patiently until I took it off, and didn’t even twitch his ears when I dropped it with a thud on a barrel. Amazing.

I am so proud of him today! My sweet, silly boy. Who said you can’t teach a senior horse new tricks?!