Celebrating One Year with my Horse

A year ago I bought my first horse. Up until then, I was riding school horses in a barn near my home, and enjoying it immensely. It got to the point, though, where the schoolies couldn’t advance with me any more. I wanted to compete and become a better dressage rider, and there wasn’t any horse in the school who was at the appropriate level.

I began discussing buying a horse with my riding instructor. If you are familiar with the world of horseback riding, you may know that BUYING a horse isn’t a problem, and you don’t actually need to spend a lot of money in order to achieve that. The ouch-time comes the second you are a horse owner – keeping a horse in a barn costs a lot of money. So, I thought I might need to save up a bit more, and wait a year or so before actually starting to look for a horse.

Sometimes, though, life has other plans for you. A golden opportunity presented itself – a wonderful, mature horse, whose owner was drafted to the military (military service is mandatory here in Israel), was offered for sale. My instructor also had another student who wanted to buy a horse, and so we decided to buy it together, thus saving a bit on the upkeep. And so it came to be, that I bought my first horse – a KWPN gelding, 16 years old, who goes by the name of Talo. 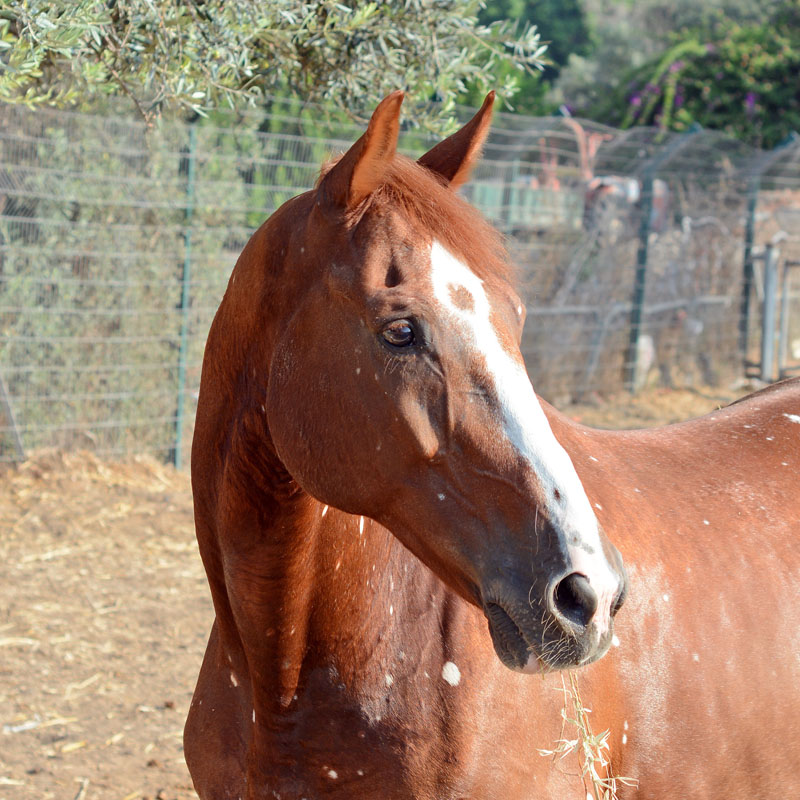 I knew that owning a horse means a lot of work, but really – I had no idea how MUCH work. Buying Talo has changed my life in the most amazing and weird ways.

Talo has competed in the Advanced level with his previous owner, but as I was just a beginner and only started competing 3 months after I bought him. So basically, my horse knows much more about dressage than I do. I learned quite a lot, and my riding has advanced in leaps and bounds in the year that has passed. We won most of the competitions we were in, and ended in 1st place in the regional league that took place in the central area of Israel.

I spend a lot of time in the barn now, naturally, and my days start very early – in order to beat the crowd and the heat, and to be able to get some work done after riding.

I have become a master hoof-picker!

I lost 16kg. That’s also due to changes in my diet, but the motivation was wanting to become a better rider, and it’s harder to do that when you are over-weight and out of shape – especially when you start to compete.

I used to spend a lot of money on gadgets, now my main fetish is riding gloves. I love browsing tack shops, ogling all the goodies I can’t afford.

I buy TONS of carrots. Really.

And mostly, I learned that it’s never too late to realize your dreams, and that if an opportunity presents itself – grab it and don’t hesitate!