Back to work, finally! 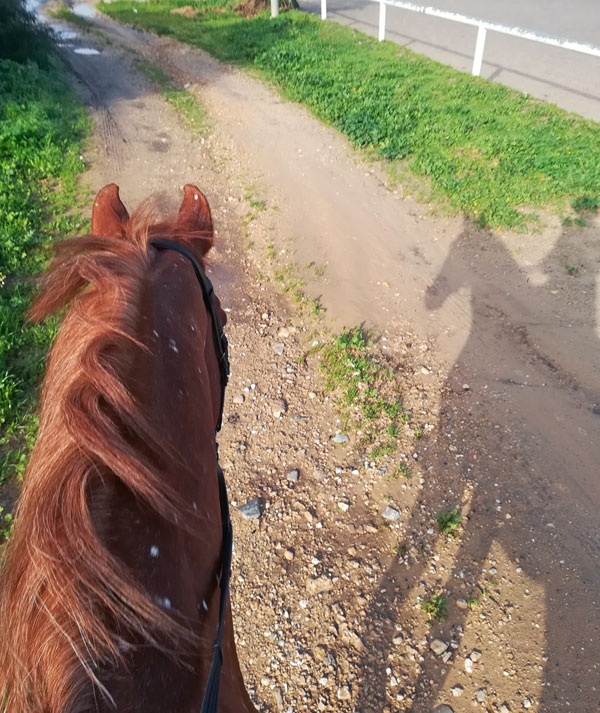 Almost a full week of constant rain, and no option to ride. We are not used to real winter here in Israel. It was a stormy week, with over 100 mm of rain in the area of the stables, so everything was flooded and generally felt miserable.

Thankfully, the rain stopped on Saturday, and we were able to get back to work. I think Talo didn’t mind resting in his stall and coming out only for grooming for five days, but he WAS full of energy. Oddly enough, I didn’t feel that energy in the ride itself. I felt kinda rusty and I suppose he wasn’t very supple after doing nothing for a few days. But, after the ride I released him in the arena (the turn-outs were supper muddy). At first, he just walked around and ate grass (nothing better than food!), but after a while he realized he was free (!) and started running around, bucking and showing off, as he usually does when he’s full of energy. He looked so happy to be outside and be able to roll in the wet sand!

Sunday’s ride was much better. Today was somewhere in between. I thought maybe he was tired, so I didn’t push very hard. We’ll see how he fares tomorrow.

It’s good to be back on the saddle. Speaking of which, I should be receiving my custom saddle in a few weeks – I can’t wait! Also, I ordered some stuff from Epplejack – I hope the parcel gets here soon. You can never have too much riding gear!

Previous Post
When I say my horse will eat anything…